The Duke of Edinburgh’s International Award equips young people for life. It is the world’s leading youth achievement award. The Award was founded by HRH The Duke of Edinburgh in 1956, in conjunction with Kurt Hahn, the German educationalist. Both were concerned that young people’s development was lacking in certain key areas, and they resolved to create a programme that would be a ‘do-it-yourself kit’ for inspired living.

By creating opportunities for young people to develop skills, get physically active, give service and experience adventure, the Award can play a critical role in their development outside the classroom. It also allows their achievement to be consistently recognised worldwide, giving young people unique international accreditation of their experiences. 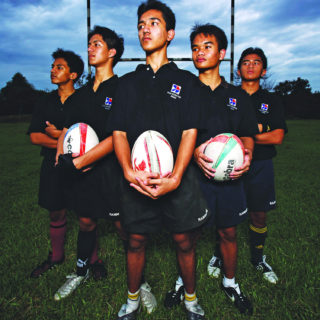 The Award is transforming individuals, communities and societies around the world. Young people who do the Award become more confident and resilient, and develop skills in areas such as communication, problem solving and leadership. This in turn impacts on their communities, who see improvements in areas including employability, health and wellbeing, and educational attainment.

Since its launch over sixty years ago, millions of young people have participated and received Awards, with millions more benefiting from its impact in communities around the world.

The Award is open to all young people regardless of their background and circumstances. Award projects around the world involve young offenders, homeless children and post conflict communities. The impact of the Award on these and many more young people is extraordinary – it transforms their lives.

As an international framework which remains the same wherever it operates, the Award is a unique global currency through which young people can demonstrate their achievements and value.